This dictionary is an extremely important tool in conducting and preparing new leaders. It must be analyzed with great caution before applying an item, since the purpose is to facilitate the conditions and applications of the items, according to analysis of Ascension.

5. Abandon:
It is characterized when the member fails with Tune, fails to fulfill his commitments, disappears without leaving any kind of relationship with the organization, still practicing crimes structuring himself, and does not enforce commitments.
Punishment: Exclusion and the collection is at the discretion of Tune.

10. Granting time:
Granting time occurs when it gets overtime all attempts at agreement, if it were granted 2 times is punished with 90 days of suspension, the third is excluded. Member after the third time, there is no more right to buy with Granting time. And if the suplier sell it, the suplier no longer has benefit from the Command procedures. If the brother beats the deadline, he suffers a demotion for 20 days as a companion, after that the charge is asked by the impaired one and analyzed by Tune. Note: the deadline as a companion is 20 days.

15. Disrespect:
It is characterized when you offend or change your mood in front of the others. Do not get confused with verbal attack.
Punishment: 90 of suspension.

It is detected, when you use something that relates to another person to subtract money, drugs, or favors. Do not confuse with blackmail, in case of blackmail to subtract something, in system Tune is positioned on top of the Statute where our organization does not admit.
Punishment: Exclusion with no return, charging according to Tune.

20. Weakness:
It is characterized when it is asked to leave the organization, when you receive a determination or a certain mission.
Punishment: Exclusion, returning after 2 years have to be analyzed by Tune and greatly depends on daily routine of the involved one.

25. Lack of attention:
It is characterized when it ceases to pay attention to your business and a delay occurs or it does not occur correctly, because it was not given full attention.
Punishment: exclusion.

30. Bad leading:
It is characterized when a mission is not led with caution and has cause problems to you or to the organization. If there is a delay or will not happen what hierarchy above asks for the leader.
Punishment: 90 of suspension, with analysis of tuning.

35. Opportunism:
It is characterized when you use something that has already happened to justify an act of yours, or trying to harm others.
Punishment: Exclusion with no return.

40. Overpricing:
It characterized when in a negociation the involved one prices more to benefit himself, It is not the case of private negociations where everyone gets his own profit.
Example item: It is when a person picks up the goods or object and adds value to resell, if the negociation is another person’s. and person assumes this sale and increases the value. Remembering that each one has his negociations right of having profit, Tuning analyzes if there is evil intent.
Punishment: exclusion.

45. Punishment for godson:
When your godson is baptized in the save, and if he is excluded by private debt, the godfather gets a year without baptize, if debt is with Command godfather takes 90 days of suspension. 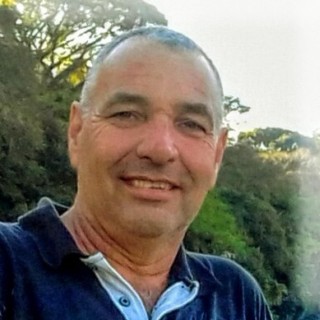